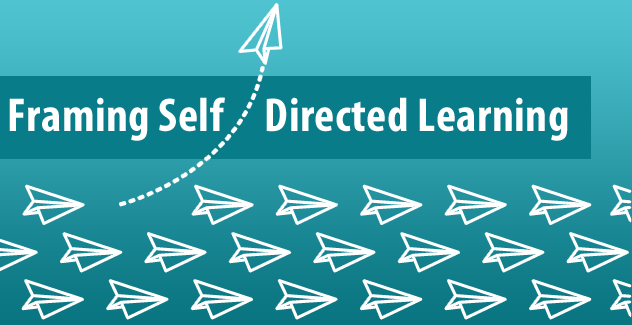 This is a series of five blog posts on Self-Directed Learning (SDL), which has become somewhat of a vogue term in the present educational context. For example, the Partnership for 21st Century Skills identified SDL as one of the life and career skills necessary to prepare students for post-secondary education and the workforce.

In this series, I will unpack SDL in terms of what it actually means and entails as a human capability (e.g., the key underpinning competencies) and how teaching/training professionals can best design and facilitate learning experiences (e.g., strategies) to enhance students’ self-directed learning.

In this first post, I’ll deal with the issue of establishing a clear frame on what SDL is and how such capability enhances learning and well-being.

A useful starting point is the enduring definition of Knowles (1975):

Self-Directed Learning describes a process in which individuals take the initiative, with or without the help of others, in diagnosing their learning needs, formulating learning goals, identifying human and material resources for learning, choosing and implementing appropriate learning strategies, and evaluating learning outcomes. (p. 18)

To become self-directed learners, student must learn to assess the demands of the task, evaluate their own knowledge and skills, plan their approach, monitor their progress, and adjust their strategies as needed. (p.191)

Even a tertiary read of these definitions reveals that there are many competencies integrated into the capability to be self-directed, not least a high level competence in such types of thinking as analysis, comparison and contrast, inference and interpretation, evaluation—typically associated with critical thinking.

Certainly, to be a self-directed learner, a key underpinning competence is the ability to think well – let’s call it Good Thinking for now. What constitutes good thinking will be thoroughly unpacked, explained and illustrated in subsequent posts.

Before going deeper into the attributes and skills underpinning SDL it is necessary, for purposes of later clarity, to make some comparison and contrast with other similar terminology in this educational landscape. Firstly, there is much reference to what is termed Self-Regulated Learning (SRL), which Schunk & Zimmerman (2012) refer to as

…the process by which learners personally activate and sustain cognition, affects and behaviours that are systematically oriented toward the attainment of learning goals. (vii)

In practice, SDL and SRL have often been used interchangeably in the literature. However, Saks and Liejen (2013), in comparing and contrasting SDL and SRL suggest that while both incorporate task definition, goal setting, planning and enacting strategies, monitoring and evaluation—as well as metacognition and Intrinsic motivation, they differ in certain important ways:

Another term, that of Meta-Learning, originally framed by Maudsley (1979), has now been re-surfaced by the Center for Curriculum Redesign, who define it in terms of two main components:

Meta-Learning has a ‘catchy’ tone to it, but these components—metacognition and growth mindset—are already embedded in more recent framings of metacognition per se, as we’ll see in the next section.

Flavell originally coined the term metacognition in the late 1970’s to mean “cognition in relationship to cognitive phenomena,” or more simply “thinking about thinking" (Flavell, 1979, p.906). He went on to suggest that while metacognition mainly focuses on knowledge and cognition about cognition, the concept could be broadened to anything psychological, rather than just anything cognitive. It could be related to include executive processes, formal operations, consciousness, social cognition, self-efficacy, self-regulation, reflective self-awareness, and the concept of psychological self or psychological subject (Flavell, 1987).

The most current framing of metacognition, especially from neuropsychology, goes beyond monitoring and evaluating cognition, but also regulating affective and motivational aspects of being—the whole person—such as beliefs and emotions (e.g., Dweck & Legget, 1989).

From this more holistic framing of metacognition as the executive functions or ‘engine’ for facilitating SDL, considerations of motivation, emotions and volition become areas that are equally essential for effective self-regulation. As Schunk & Zimmerman (2012), in summarizing the research findings, point out:

Metacognitive Capability, in this context, can be usefully framed as a superordinate capability that encompasses a range of competencies which, when part of an integrated dynamic system of mental and goal directed actions, facilitates the development of SDL. In most basic-terms, metacognition fuels the process of becoming a self-directed learner.

Metacognitive Capability certainly facilitates many functions that are highly beneficial for effective learning and well-being, these include:

Research has shown that the effective use of metacognitive strategies has high impact on student attainment. For examples, Hattie’s (2009) synthesis of over 800 meta-analyses of the influences on learning, found that metacognitive strategies had an Effect Size of 0.69. Typically, for students moving from one year to the next, the average effect size across all students is 0.40. Hence, for Hattie, effect sizes above 0.4 are of particular interest. As a baseline an effect size of 1.0 is massive and is typically associated with:

One particular study, by Dignath et al (2008), meta-analysed 48 studies investigating the effect of training in self-regulation on learning and the use of strategies among students in first through sixth grades. The most effective metacognitive strategies included the combination of planning and monitoring (mean effect size = 1.50) and the combination of planning and evaluation (mean effect-size = 1.46), both of which were more successful than teaching any of the skills in isolation.

What is the Difference between Cognition and Metacognition?

Firstly, they are very much interrelated as part of a wider System of Thinking, and inevitably mutually dependent on each other (e.g., Flavell, 1979; Veeman, 2006). It is useful, for operational purposes, to view cognition as the thinking (and strategies) employed as we mentally deal with real-world tasks (e.g., acquiring, retaining and transferring knowledge for meeting specific goals). Metacognition, in contrast, can be viewed as how we mentally act in relation to our cognition (e.g., monitoring and evaluating the quality of the self-regulatory process, including the choice and use of the cognitive learning strategies being employed). Martinez (2006) put it very succinctly:

Metacognition can be seen as evaluation turned inward, especially turned toward our own ideas. (p.698)

In terms of the mental activity, the main difference relates to the goal or purpose of the task in hand. Cognitive strategies ‘facilitate’ learning and task completion, whereas metacognitive strategies monitor the process (e.g., Flavell, 1976). Metacognition typically comes into play when cognition becomes problematic. It becomes essential when tasks are more challenging (e.g., Moushad, 2008).

Is Metacognition the most significant so-called 21st Century Competence?

Much is written about so-called 21st century competences. Skills such as teamwork and communication, problem solving and creativity, are typically mentioned in various (often conflating) terminologies across the literature, and of course these are essential in our VUCA world—a vogue term that has migrated from U.S. military to global speak about modern society and life in general. However, didn’t our cave-dwelling ancestors also need such skills in order to stop hostile folk, tigers, or whatever other ‘nasties’ were around to kill, maim or rob them? I tend to agree with Schank (2011) when he argued:

Research suggests that human brains were pretty much the same (morphologically) some 50,000 years ago—indeed recent data shows that even 300,000 years ago, the brain size in H. sapiens already fell within the range of present day humans (Neubauer, 2018). It is arguable, therefore, that such folk (let’s be gentle on the language occasionally) had similar cognitive abilities and motivational dispositions—just played out in different contexts, with different resources, and different contingencies. I note that the Paleo diet is now becoming highly popular with certain sectors of the healthy eating community, so there is probably still much in common between Homo sapiens today and those from the eons of yesteryear.

One thing that certainly differentiates us from our ancestors is the rate of knowledge production. It’s a cliché to refer to the exponential knowledge explosion of modern times, but the problem of constant cognitive overload is clearly a problem for many of us. Before information can be stored in our long-term memory, it must first pass through our working memory, which has very limited immediate capability when processing new information. The ‘magic’ 7 (able to process around 7 plus or minus 2 bits of information at one go) was originally documented by Miller (1956), for what was then referred to as short term memory. However, more recent research (van Merrienboer & Sweller, 2005) suggests that in everyday situational use, this tends to be only 2-4 elements at a time. Working memory also needs quick rehearsal for information to be effectively captured and processed otherwise it is typically lost (forgotten) after only a few seconds. The limited capacity of working memory poses problems for learning, as Clark & Lyons (2004) point out:

…it is in working memory that active mental work, including learning, takes place. Working memory is the site of conscious thought and processing. (p.48)

These limitations are further hampered in terms of learning effectiveness and efficiency by our brain’s inherent systemic biases and tendency to be lazy (Kahneman, 2012), it not being particularly well designed for thinking (Willingham, 2009), and our limited amounts of willpower (Baumeister, 2012).

This is part of the aetiology of our crisis in learning and teaching. Certainly, technology may assist us in these learning challenges, especially in terms of access and differentiation. However, the brain is, as the brain is; technology does not change the fundamentals of human psychological processing. It can only aid or abet them.

Despite the limitations of human cognition in the context of exponential knowledge proliferation, developing students’ Metacognitive Capability offers our best route to helping them become self-directed learners, able to better navigate the increasing complexities and existential challenges of the modern world, and find purpose and meaning in doing so.

Metacognitive ability is central to conceptions of what it means to be educated. The world is becoming more complex, more information rich, more-full of options, and more demanding of fresh thinking. With these changes, the importance of metacognitive ability as an educational outcome can only grow. (p. 699)

…metacognitive strategies are essential for the twenty-first century because they will enable students to successfully cope with new situations, and the challenges of lifelong learning. (p.16)

About Dennis Sale: Dennis Sale is the author of Creative Teaching: An Evidence-Based Approach (Springer, 2015), the first book to demystify creative teaching and make explicit how it works at the level of specific teaching practices, underpinned by the creative application of cognitive scientific principles. He has worked in all sectors of the British education system, spending some 3 decades training and mentoring over 3000 teaching/training professionals in many countries and cultural contexts. Presently he is Senior Education Advisor for Singapore Polytechnic, and Principal Investigator for a 2-year Ministry of Education research project, entitled ‘Enhancing Student’s Intrinsic Motivation: An Evidence-Based Approach’.

Dennis is a long time SoftChalk user and has conducted workshops for educators showcasing SoftChalk as a way to improve their lessons.